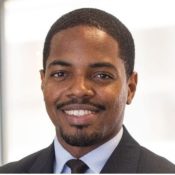 With a 3 year track record of USD $250 million of assets under management (AUM), he helped build BFA Asset Management (BFAAM) as the largest fixed income and money markets mutual funds business in Angola. Rui has over 10 years of experience in capital markets, specialized in structured products, credit and fixed income, capital raising, debt restructuring and innovation economics. Previously, he has been involved in the implementation of key projects in the Southern region, including: the launch of the Angola Securities Exchange, the capital raising for the $3 billion Angolan Eurobond, managed a treasury bond portfolio of approx. $8 billion in local currency, and more recently, the SADC Agriculture Development Fund as an adviser to the Food and Agriculture Organization of the United Nations (FAO). Started his career in wealth management at Morgan Stanley and Citigroup where he helped service a client base of 450 households with $400 million of AUM. As a blogger and op-ed columnist, he is featured at Said Business School, Imperial College London, AFSIC, and CNBC Africa.

Today, he also serves on the Board of the UK-Angola Chamber of Commerce, a Blockchain trade finance institution and non-profit organizations including Berkeley College Foundation and Academia Santa Catarina – an initiative sponsored by the UK Government, AFSIC, and the London Stock Exchange Group.