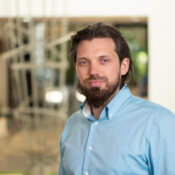 Elise Donovan is the chief executive officer of BVI Finance and brings to the role wide-ranging work experience in Asia, North America, the Caribbean, and Africa. Elise has played a major role in expanding and deepening the BVI’s financial services footprint in cities around the world, specifically in the Asia Pacific region, through strategic relationship building, and conducting forums and seminars on the BVI’s financial services business, including at major financial institutions.

She previously served as Director and Asia Pacific Representative at BVI House Asia, EU/UK Representative and Director of the BVI London Office, and at BVI International Affairs Secretariat, the BVI Financial Services Commission, and the BVI International Finance Centre (now BVI Finance), and a member in the BVI’s Tax Information Exchange Agreement Negotiating Team with countries such as China, the United Kingdom, France, Australia and New Zealand, Canada, and the Nordic countries.

She has authored numerous articles on the role of the BVI as a leading international finance centre.