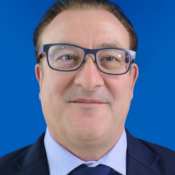 Experience – Nigel has been a full time Debt Advisor and Restructuring specialist for over 25 years. He is proven at leading teams and also external stakeholders and agents/advisors in complex and high profile situations. Nigel was Head of NatWest’s “workout” team before joining KPMG’ London Restructuring Team in 2001. He was seconded to KPMG UAE in 2011 and joined KPMG East Africa in December 2015 as Head of Debt Advisory & Restructuring.
– For over 20 years Nigel has extensively advised the Boards of FTSE 350 companies, as well as financial institutions, and has specialized in assisting boards understanding, structuring and raising new finance. He advises group’s across the spectrum including strong “credits” and also companies in distress.
– Nigel has numerous contacts within the banking market, across Europe, GCC, East Africa and globally. With his banking background, Nigel advises businesses in their negotiation with banks to ensure that the proposal gains the support of the lenders’ Credit Committee. Lenders also look to Nigel for support with restructuring clients and when seeking Credit Committee approvals for new lending opportunities.
– Nigel has led some of the largest high profile cases across the globe (UK, Switzerland, Dubai, Abu Dhabi, East Africa.
– Nigel has recently been involved in the following:
– Recently led the business review of the largest retailer in East Africa ($130m)
– Currently assisting a local bank restructure its facilities and raise new capital
– IBR of a listed manufacturing company
– Assisting a lender understand its repayment options from a Logistics company
– Lender introduced restructuring of a Kenyan listed manufacturer (engaged by company)
– Leading the restructuring of a Financial Institution in Kenya ($200m including bondholders, ,DFIs and commercial lenders)
– Led the Restructuring of Trans Century Limited (Listed Kenyan entity) and the negotiations with bondholders ($80m)
– Currently leading the restructuring of a large manufacturing Kenyan listed company
– Led the restructuring of one of the largest sugar plantations in E Africa ($200m debt)
– Recently advised the largest steel manufacturer in Kenya ($60m)
– On-going assignment of packaging company in Tanzania ($20m)
– Assisted a major bank in Tanzania understand their option regarding one of the largest tea plantations
– Assisting a real estate listed company in Kenya in negotiations with DFIs, bondholders and Commercial Banks
– Led the Restructuring of Amlak Finance – A US$ 3bn restructuring of the largest Islamic finance house in which the creative solution was described by a Magic Circle law firm as “Unprecedented in the UAE”. Shortlisted for “GCC 2015 Restructuring Deal of the Year”
– Advised one of the largest oil traders in the Middle East dealing with 42 lenders and debt of $2bn
– Led the restructuring of c.$1bn of facilities for a UK listed automotive company including negotiating new Vehicle funding, working capital, hedging facilities and a rescheduling of mezzanine and loan note
– Led the restructuring of UAE’s largest automotive retailer ($2bn across 15 lenders)
– Advised multiple listed entities, in the UK and across the GCC region, on refinance options
– Led the successful refinancing negotiations with the large syndicate of an Aviation business
– Assisted management in the restructuring of a National Airline in Europe ($10bn)
– Led £385m refinancing of Woolworths Plc. ”