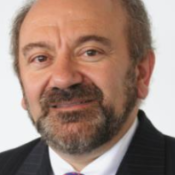 Howard Rosen studied law at Exeter College, Oxford University. He obtained his degree in Jurisprudence in 1978, qualified as an English solicitor in 1980 and after initially working in private practice, worked until 1988 as an in-house counsel for international leasing companies specialising in the legal and tax aspects of international finance. At the beginning of 1989, Mr. Rosen returned to private practice as an English Solicitor and established an English law firm, Howard Rosen Solicitors, in Zug, Switzerland. He specialises in international commercial and finance and leasing law and trusts. Aside from being the principal of Howard Rosen Solicitors, he is also founder and Managing Director of RosetrustAG, Zug, a commercial trust company,and Aviation Advocacy Sàrl, Nyon.

Howard Rosen is a contributor to various journals, including Asset Finance and Leasing Digest, Leasing World, Private Client Business, the Cape Town Convention Journal, the Uniform Law Review, Trustand Trustees, Railways of the World, The International Rail Journal and European Review of Private Law. He is a regular speaker at, and chairman of,rail seminars and conferences around the world. Mr. Rosen is the Chairman of the Rail Working Group constituted by Unidroit, the Institute for Unification of Private International Law, in relation to the drafting and implementation of what has now become the 2007 Luxembourg Rail Protocol to the Cape Town Treaty on International Interests in Mobile Equipment. As such he works closely with governments and international organisations as well as with financiers, operators, manufacturers and professional advisers working in the rail industry.

Mr. Rosen is a member of the Law Society of England and Wales, the International Bar Association and the Society of Trust and Estate Practitioners. He is a Correspondent of Unidroit, a member of the Institute of Directors, London, and former President and now honorary councillor of the British-Swiss Chamber of Commerce. He was President of the Council of British Chambers of Commerce in Europe (COBCOE) between 2005 and 2012 and in2017 he received the COBCOE Chairman’s award for Special Contribution to Business. He is also an Ambassador at Large for the Commonwealth Jewish Council. He is the founder and now President of Swiss Friends of Oxford University and in 2018 was honoured by the University and made a Distinguished Friend of Oxford University. In the 2003 Queen’s Birthday Honours, Mr. Rosen was made a Commander of the Order of the British Empire (CBE) for services to British business in Switzerland. He is married with two sons and lives in Zurich.